Marijuana is often associated with low body weight in the general population of users. If you are interested in the potential of this plant to lose weight without actually smoking flowers, you might want to check out THCV weight loss properties.

Research shows that it can help in losing weight. Read on to know more about THCV, its effects on weight, and the best products to get.

The first thing you need to know about this chemical compound is that it is another phytocannabinoid from cannabis. Given the name, delta-9 THCV bears similarities with delta-9 THC, the more popular and abundant component of the plant.

This is because THCV is an analog of the primary cannabinoid. Its PubChem profile explains that the two have a highly similar structure. The only difference is THCV has a longer lipophilic alkyl chain.

While this may be a small difference, it affects how THCV affects the body. In fact, it targets different molecules when it interacts with the body’s endocannabinoid system (ECS). This is why it has a slightly different effect when consumed.

So, what does THCV feel like? When consuming this cannabinoid, you can expect a similar effect as when you consume delta-9 THC.

It can uplift your mood and provide relaxation, as well as improve your creativity, thinking, and focus. Other benefits offered by the cannabinoid are as follows:

Studies show that THCV is a great option for treating anxiety and panic attacks because of its mood-enhancing and stress-relieving effects.

This makes this cannabinoid a good option for addressing other mental conditions such as post-traumatic stress disorder and depression.

THCV interacts with CB2 receptors of the ECS as a stimulant. These receptors are found in abundance in the peripheral nervous system and the immune system, two systems that process pain and inflammation.

When these receptors are activated, feelings of pain and inflammation are reduced. This can benefit individuals who experience arthritis, psoriasis, and nerve pain, just to name a few.

This cannabinoid is also known to regulate the immune system for a more balanced immunity.

Some seizures are caused by inflammation in related parts of the nervous system. Since THCV addresses inflammation, it can reduce the occurrence of seizures/

It also helps with other associated conditions. It minimizes tremors caused by Alzheimer’s and Parkinson’s diseases.

The good thing about THCV is that it does not cause some of the most notorious side effects of delta-9 THC. This means that you can expect a more clear-headed and balanced high without the drowsiness, body lock, and paranoia associated with delta-9 THC.

One comparison that needs to be made is between THCV and delta-8 THC. While THCV is a structural analog of delta-9, delta-8 is an isomer. It has the same atoms as delta-9 and only the arrangement varies. The same goes for delta-10 and other isomers.

These isomers are known to produce a similar type of high but only at varying potencies. Delta-8 and delta-10 offer mild and milder experiences, respectively.

Now that we have established the differences between these similar cannabinoids, you might be wondering: Is THCV safe? You will be glad to know that those who are thinking of taking advantage of THCV weight loss effects can safely do so.

This compound is generally considered safe as long as you consume it responsibly and moderately. Just like with CBD, delta-9, delta-8, and other cannabinoids, you should get your products from reputable brands.

Make sure you consult your doctor before taking any of these cannabinoids, especially if you have a medical condition, are undergoing treatments, or taking medications. 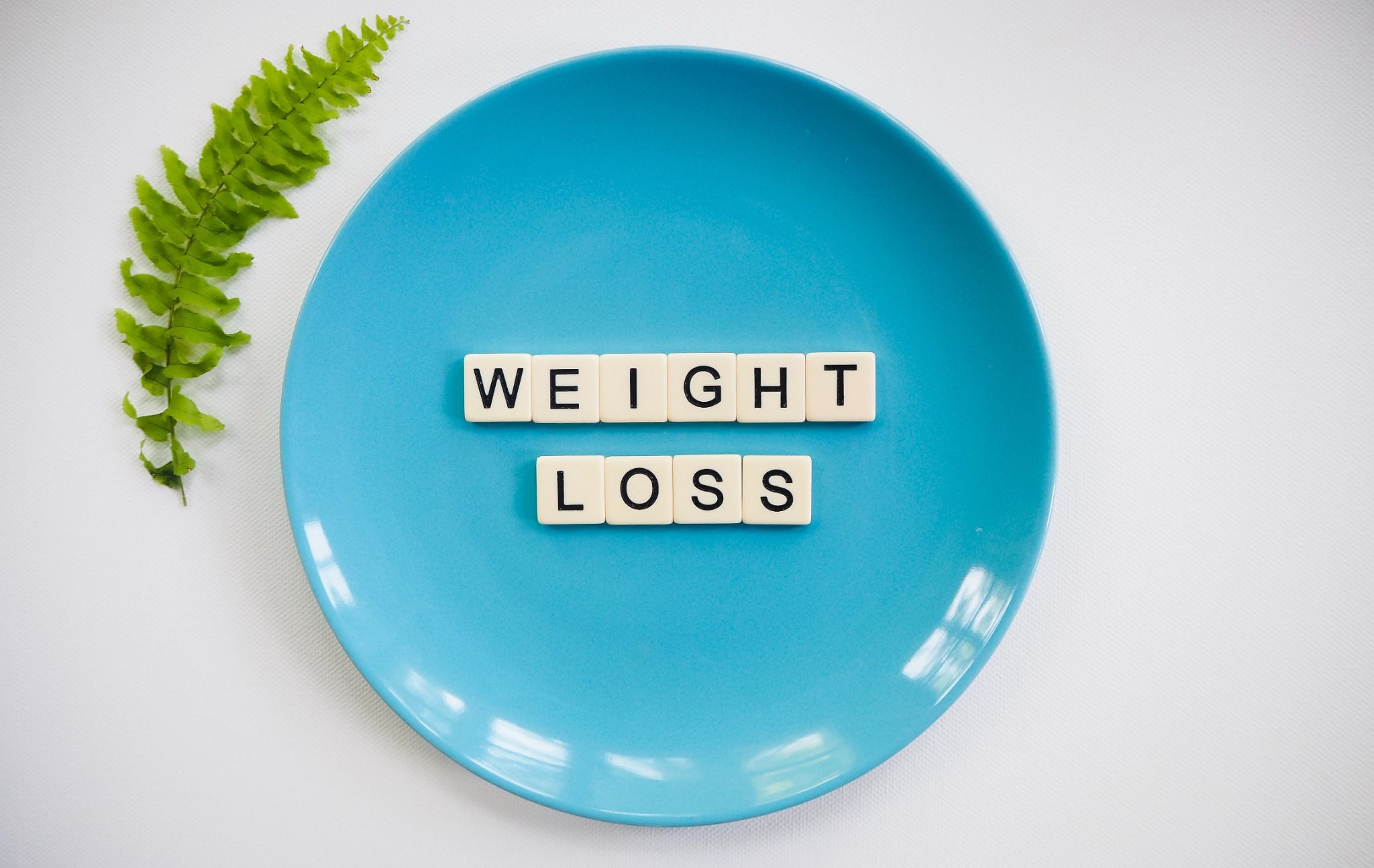 Proper diet and enough physical activity are some of the most effective ways to lose weight. However, if you are looking for things that can help you achieve your goals, then exploring THCV weight loss properties is a great option.

Your search for the right product will lead you to thousands upon thousands of goods to choose from. This can be overwhelming, especially with various THCV strains for weight loss and other effects. You can narrow down your search by looking at some of the best products.

If you are into vaping, you might want to check out Binoid THCV + Delta 8 Vape Cartridge.

Binoid has cleverly combined energizing THCV with equally stimulating – but psychoactive – delta-8 extract in this collection of rejuvenating sativa-dominant carts. The delta-8 delivers mild intoxication and euphoria, while the THCV ensures you won’t get the munchies!

The 1-gram carts contain an impressive 20% THCV, a hefty 30% delta-8, and a 45% mixture of cannabidiol (CBD), cannabichromene (CBC), and cannabinol (CBN). Natural terpene profiles make up the remaining 5% of these carts, which have no cutting agents.

Aside from THCV, this product contains delta-8 THC, which provides a pleasant buzz with minimal side effects associated with delta-9 THC.

Plus, this is derived from sativa strains, which are known for cerebral highs. Given this, you can expect a more uplifting, creativity-inducing, and focused high.

If you are wondering why this vape cart is your best choice for THCV weight loss, the easiest answer is it is fast-acting, highly potent, and convenient to consume.

Keep in mind that cannabinoid delivery through inhalation is the fastest way to get the effects of your product. This is why you can get high a few minutes after smoking flowers.

The cannabinoid does not have to go through your digestive system and instead gets to your bloodstream through your lungs.

However, if you are not into smoking, vaping is your next best bet. It is considered a safer alternative to smoking because it only utilizes vaporized liquid instead of smoke.

Just keep in mind that researchers and doctors are wary about e-cigarette, or vaping, product use-associated lung injury (EVALI). Make sure to consult your doctor before diving in.

Aside from this, Binoid THCV Cart is a great choice because it is highly potent. You can get the effect you want with just a few pulls. You can simply whip out your vape device to partake. Just make sure you are in an area where smoking or vaping is allowed.

How Does THCV Contribute to Weight Loss?

THCV weight loss can be most effective when combined with proper diet and exercise. If you are wondering how this cannabinoid provides such results, you can find the answers in its effects on the ECS and cannabinoid receptors (CB1 and CB2).

CB1 receptors are abundantly found in the central nervous system, the part of the nervous system that manages weight and appetite.

THCV is a CB1 antagonist in small amounts, so the right use of this cannabinoid can reduce the urge for food intake. Moreover, THCV can block the effects of stimulants, further making it effective in suppressing appetite.

Aside from minimizing food intake, this cannabinoid has also been found to decrease body fat content by spending energy instead of storing it in the form of fat.

It can also increase energy expenditure, which can help power you up for exercising. When combined, these effects show why researchers consider THCV consumption as a viable way to manage obesity.

Given these reactions in the human body when you consume this cannabinoid, THCV weight loss is possible through the following:

Can THCV Make You Hungry?

THCV weight loss has scientific foundations. However, it is still a component of marijuana, which can confuse many people. After all, marijuana consumption is often associated with the munchies or the urge to eat as part of the high.

What you need to understand is that munchies are caused not by CBD or THCV, but delta-9 THC. This cannabinoid is responsible for the euphoric, calming, sedating, and paranoid effects on consumers thanks to its effects on the central nervous system.

Appetite, food intake, and weight are also managed by the central nervous system, where a lot of CB1 receptors are found. Delta-9 THC activates CB1 receptors, which is how it increases appetite and food intake.

THCV, on the other hand, suppresses CB1 receptors and their stimulants. So, it does not make you hungry.

THCV weight loss is just one of the most popular effects of this cannabinoid. It offers a lot of benefits with minimal risks. If you want to try THCV and delta-8 products, make sure to check out only reputable shops to ensure your safety.

All You Need to Know About THC V

Everything you need to know about THCV